1: Optimizing the flow in a pumping station

Early 2016, the renewed pumping station of Goudse Hout was delivered. Characteristic for this pumping station is that water from both front and back side has to be pumped out. Water from the rear was brought forward using a bypass.

Upon completion, it was found that the required capacity of the pumping station was not achieved because one pump was not operating correctly and consumed too much energy. In addition, the pumps made a lot of noise, indicating the occurrence of cavitation.

By means of CFD calculations, Omnia Engineering has shown that the inflow of the pumps was not correct. The simulations revealed that due to the construction chosen, large-scale rotations were generated in front of the pumps, which caused them to not operate very well. 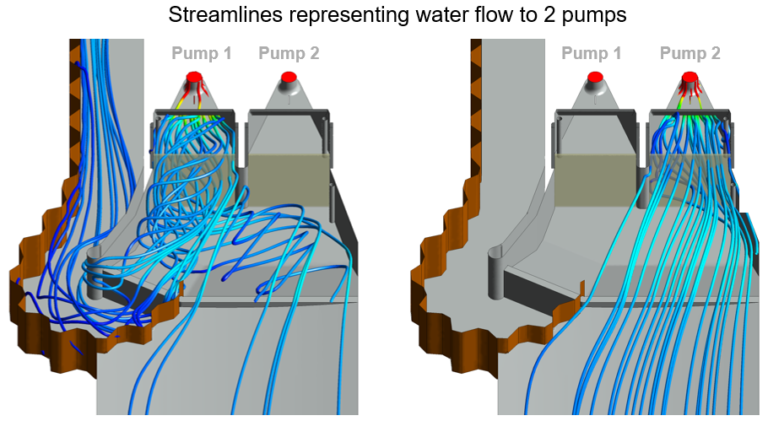 With CFD, a number of new variants were then calculated. One of these variants was ultimately chosen because the deviations from uniformity were reduced by 75% and the fluctuations by 50%. In other words, the inflow was most uniform here. The corresponding streamlines are given below. 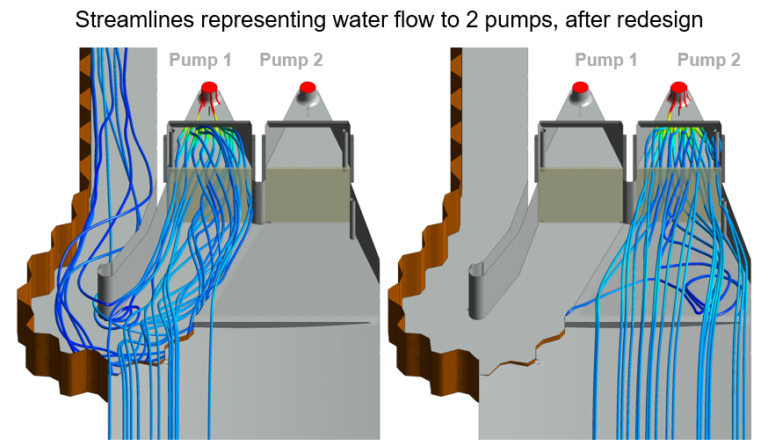 Based on these results, the channel was set dry, concrete was demolished and new concrete poured. During the restart the pumps remained silent and the desired capacity was obtained. As a result, the goals of the assignment were met so the contractor was finally able to complete his project.

About
Omnia Engineering is specialized in solving flow related problems. In general your flow problem can be analysed using CFD-calculations. In cooperation with our partners, we verify CFD-calculations, utilizing various experimental techniques.